I’m not complaining, mind you, but our January thaw has gone on all month. Tomorrow we are expecting a near record breaking 67 degrees! Looking at next week’s forecast, we may be heading back to winter soon. By next Sunday, they are saying 30 degrees and snow. We’ll see. We know it’s coming, we just don’t know when.

Since the weather has been so nice, it has given Ed a chance to get out and work on cleaning up the fence rows. It is a job that may take several years, because most of the fences have been long neglected. Cleaning them now, means cutting down full grown trees.

Another part of the clean-up involves two junk piles. One is actually a burn pile, but the other is along a fence next to the old chicken coop. It’s the one that the old junker in me gets excited about. There is all kinds of stuff in there, including an old bath tub. Not a clawfoot or anything like that, but metal nonetheless. When we started talking about our front yard garden, we discussed using it in a water feature. Unforunately, the whole junk pile is under a huge tree, part of which had broken off and fallen crosswise of the tub.

Because it was so heavy, Ed was leery of trying to deal with it himself. Enter my son Kyle, aka “Bam Bam”. Kyle was off work yesterday, and asked Ed if there was some work to do outside. Oh yes! We had been waiting for this day!

When I went out to check on them, they had the limb (that is such an understatement) off the tub, and were cutting it up. However, they had run out of bar and chain oil, so they were going to take a break. Kyle was heading back to the house, and Ed asked me if I wanted to ride to the hardware store with him to get more oil. I said I would. 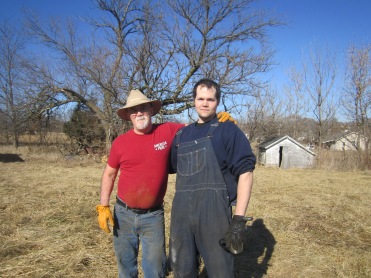 Before we went, Ed wanted to show me everything they had done. They had got the limb of the tub, and dumped all the other junk out. Part of that junk was a small tire from a tractor or something. Ed pointed to it and said, “Kyle said, ‘Mom will want that’.” He was right, I do. I picked up a glass tray; the kind used in microwaves. It was dirty, but other wise ok. I took it to the house. While we were out there, I took pictures.

the Junk pile from a distance. 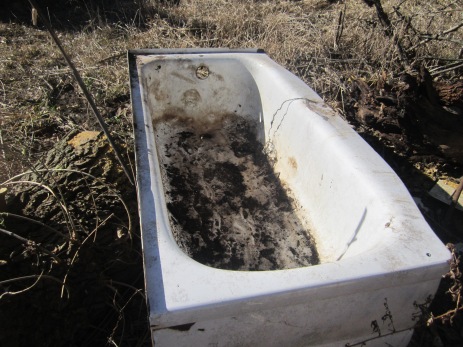 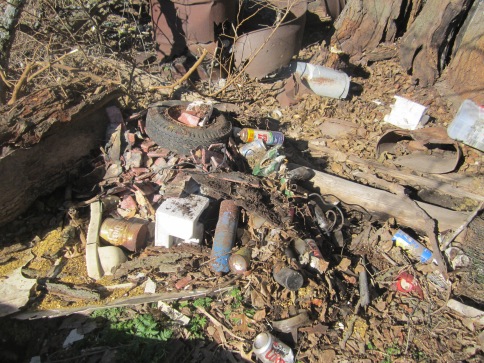 What had been in the tub 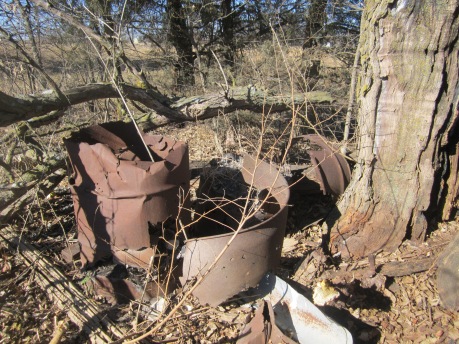 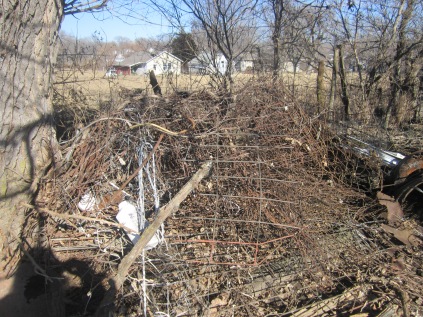 Then I saw the wood in the back of the truck, all from the “little” limb that had been in the tub. Half of it is still on the ground. 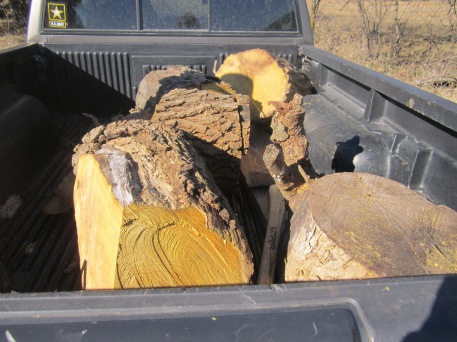 Ed likes this piece. He’s thinking about doing some woodburning on it. 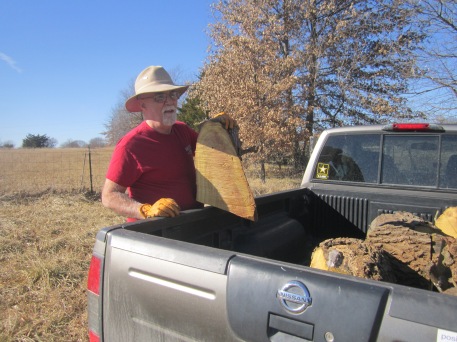 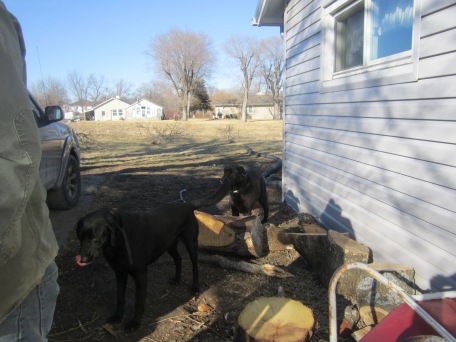 One thing about it. If the bottom drops out and winter comes back, we will have pleny of firewood!