How long do you expect lettuce to “keep” in the refrigerator? A few days? A week? Have you ever bought lettuce, or some other fresh green, with some vague plan to use it in a salad or on sandwiches, only to find a wilted mess some days later, because you forgot about it? Unfortunately it has happened way more often than I want to admit. I hate wasting food, and I really hate it when it’s because I forgot it was “in there”.

Having a menu or some kind of plan has helped cut down on that kind of waste, but I found something else that helps too. I don’t know what I was looking for when I found this article, but I think it may be the best tip I’ve seen in a long time.

I bought some lettuce about three weeks ago, and prepped it this way:

Cut it. Rinsed it. Patted it with some paper towels to dry it.

Laid it out in a relatively single layer on dry paper towels.

Rolled it up, in the paper towels. 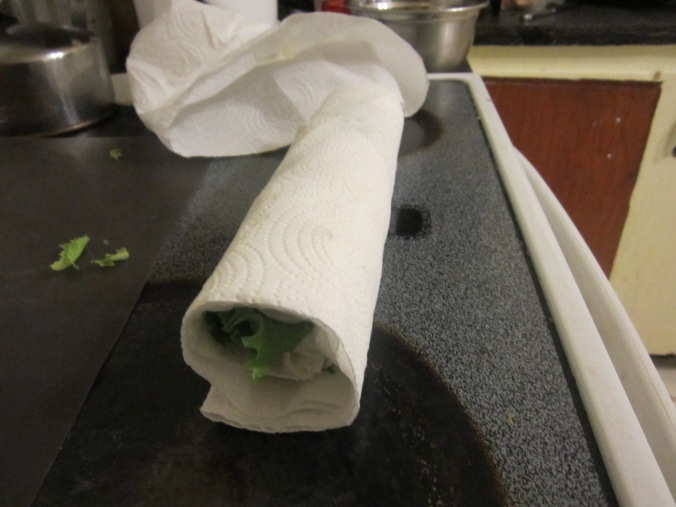 Put the roll in a food storage bag. 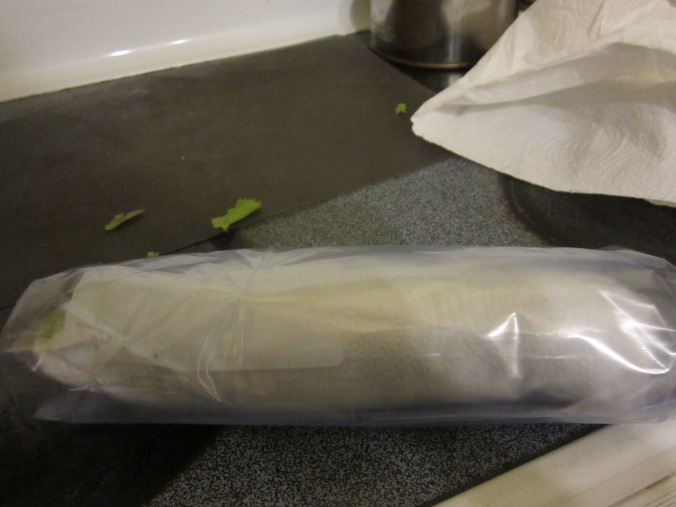 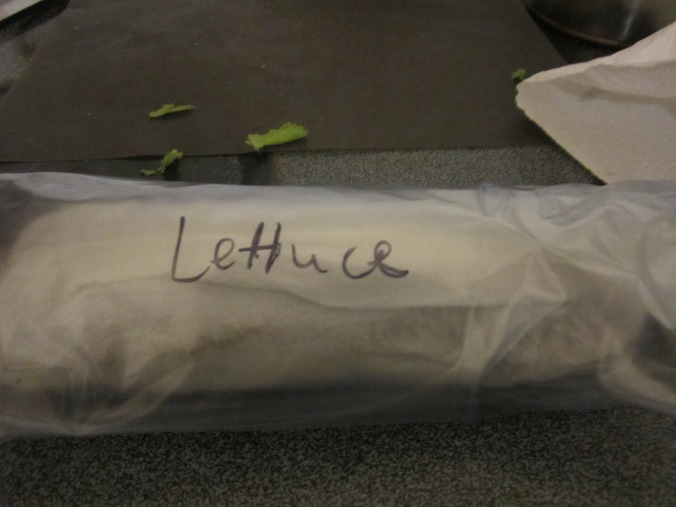 Put it in the fridge and promptly forgot I even had it…until Monday night.

We were making hamburgers, and I remembered that I had lettuce in there somewhere. I was kind of apprehensive when I opened the bag, because there was no way that lettuce would have survived three weeks, right?

Well, this is what I found.

Honestly, the taste and texture was like it had been when I wrapped it. No kidding!

Think of the possibilities!